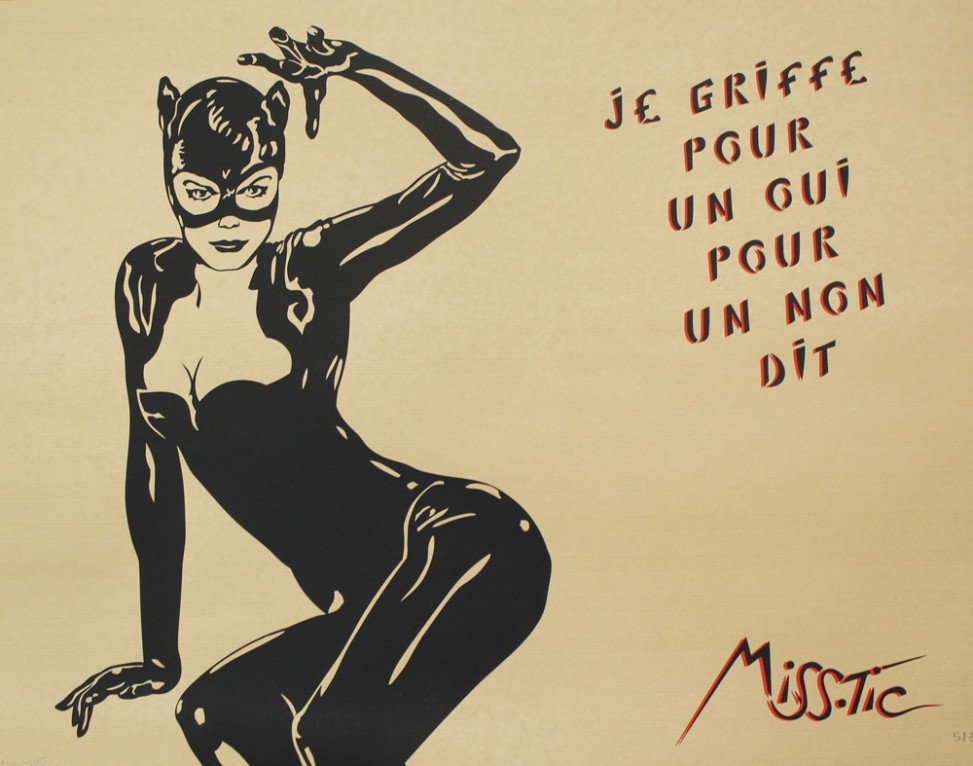 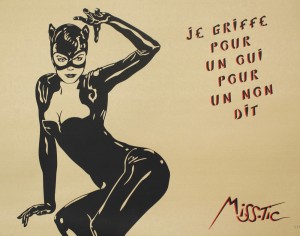 Miss.Tic is a French artist born in Paris on 20 February 1956. She is known for her stencils of dark haired woman often seen in the streets of Paris and associated with poetry. She has been active as a street artist since 1985.

Miss.Tic was born in 1956 in Montmartre from a Tunisian immigrant and a mother from Normandy. She spent her childhood the family moved in Orly, in the southern suburb. When she was ten, she lost her mother and her little brother in a car accident. Then, when she was 16 her father died in turn. She is then raised by her stepmother who is a bar tender but she escapes from this world and quickly starts to work on her stencils and moves to California in the early 1980s.

She went back to Paris after a breakup. She started to express herself on the walls in parts of Ménilmontant, Montmartre, le Marais, Montorgueil and la Butte-aux-Cailles In 1985 she signed her first personal exhibition based on her art.

Since then she has kept on spreading her ideas through poems and wordplay on the walls and in books or exhibitions.

In March 2011, a series of stamps were issued for womans’day, inspired by some of her stencils.