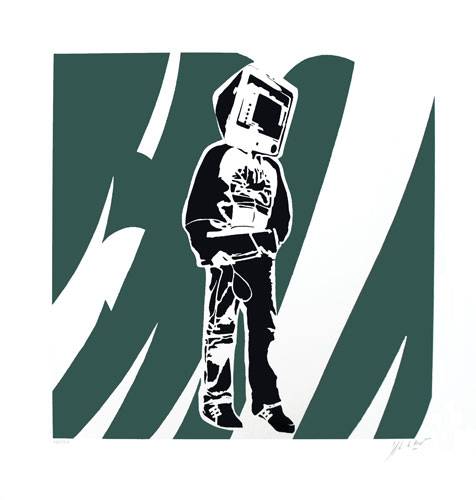 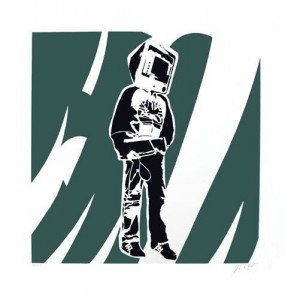 Blek le Rat, born Xavier Prou in Boulogne-Billancourt, Paris in 1952, was one of the first graffiti artists in Paris, and has been described as the “Father of Stencil Graffiti”

He began his artwork in 1981, painting stencils of rats on the street walls of Paris, describing the rat as « the only free animal in the city » and one which « spreads the plague everywhere, just like street art »

Blek’s identity was revealed to French authorities in 1991 when he was arrested while stencilling a replica of Caravaggio’s Madonna and Child, with the connection to Blek and his artwork being made by police. From that point on, he has worked exclusively with pre-stenciled posters, citing the speedier application of the medium to walls, as well as lessened punishment should he be caught in the act

He has had a great influence on today’s graffiti art and « guerilla art » movements, the main motivation of his work being social consciousness and the desire to bring art to the people

British graffiti artist Banksy has acknowledged Blek’s influence stating « every time I think I’ve painted something slightly original, I find out that Blek Le Rat has done it as well, only twenty years earlier. »